“They were our age. 17, 18, some younger, some older. They were over 15 000km away from all that was familiar to them, but the boys who were seated beside them, they had known all their lives. In a few minutes, the boys on the boats, off the shores of Gallipoli, would face what would become immortalised as Australia’s baptism of fire. Months later, at 4am in the morning of the 20 December, when the last Australian troops left Gallipoli, they, and the fallen comrades they left behind, would have come to form the foundations of an Australian identity that has survived, and will continue to survive, every horror and every challenge. But in the last quiet moments of the cold morning of April 25, 1915, the young Anzacs were simply boys who had, until recently, not known a world beyond the sunburnt plains of a nation, that was in the eyes of the world, still in its infancy.

The Australia we recognise today was only 14-years-old when the Anzacs landed at Gallipoli, the first warfare it had seen as an independent nation. It was almost the same age as it’s youngest soldier, Private James Charles Martin, who died at Gallipoli from typhoid, aged 14 years and 9 months. Martin, like many young boys, enlisted with visions of the glories of war in his mind, the wonderful adventures that waited beyond Australian shores. They were eager to prove themselves, and their new nation. This dream would have been shattered by the horrific realities Gallipoli would conceal, and as the casualty lists rolled in, men began to enlist to honour their fallen comrades, and do their duty to their country.

At the beginning of World War 1, the Anzacs did not have a strong Australian identity to aspire to, or strive to embody. Thus, our values of mateship, courage, initiative, discipline and a sense of humour, surfaced from the young men who led Australia into its first major conflict. Australia was a nation that hailed its bushrangers and its swagmen, honouring the heroism of the common people over its authority figures. We can recall the names of few individual Anzacs, because we as a nation honour the efforts of the united force. At the end of World War 1, 60 000 Australians had been killed, 156 000 wounded, gassed or imprisoned. We do not know the names of many of them, but we remember all of them. After the Great War, Australia was not the nation it had been before. But Australia still had some growing up to do.

Australia entered World War II in 1939.  World War II brought the reality of the war dangerously close to home, with the threat of Japanese invasion. Though Australia was better prepared for this next world war, the changes that would occur between 1939 and 1945 would completely transform Australia, with the involvement of women in the workforce, and the war effort, the formation of ties with America and the American influence on Australian culture, and the newfound unity, as war broke down the divisions that existed between the white and indigenous Australians.

When World War II ended, with the bombing of Hiroshima and Nagasaki, a brand new fear had emerged with the atomic bomb, as Australia, along with the rest of the world, confronted the potential of human beings to use science and technology to engineer many wonders and many nightmares, enhanced by the inexplicable stories of cruelty emerging from the burning remains of Nazi Germany. These are the fears that plague our society, even today.

Most of us cannot remember the Australia that faced the horrors of the world wars, but more recent conflicts are burnt into our social and cultural memory. Australian men and women have represented the Anzac legend that had been carved out in 1915 in the Vietnam War, the Korean War, the Malayan Emergency, the Gulf Wars of Iraq, the conflict in Afghanistan and the war on terror, and serving as international peacekeepers to preserve the values of peace, equality and justice. The Anzacs now do not simply mean the brave Australians and New Zealanders who fought in Gallipoli 103 years ago, but every single man and woman who fights for their country.

Our world today is vastly unpredictable. Our scientific and technological advancements have made it so we cannot foresee what will be possible in the future. But even though this is exciting, it is just as terrifying. As young people today, we are exposed almost every day to some new tragedy, some new heartbreak, in our world. The current global political and economic landscape has us envisioning a rather bleak version of the future. New theories are constantly emerging about what the world will be like in 30 years, 50 years, 100 years. It can be frightening just to ask the question, “What is coming?” But it is the same question that most likely the Anzac boys asked themselves coming into Anzac Cove.

Young people are not afraid to take charge, because we have the model of every serviceman and woman of Australia to guide us. We can’t predict what our modern age will herald for the future, but there is one constant that has brought Australia through every challenge: the Anzac legend.

There is an element to Anzac Day that only those of us who have served one’s country can understand. But we can all understand what it means to be Australian. Today, on Anzac Day, we honour the sacrifice made by the Anzacs and every man and woman to ever serve Australia, just we remember them every time we help a mate, every time we stand up for our beliefs, every time we work for a better future, every time we are proud to be Australian. We cannot know the Australia the Anzacs knew when they left for the unknown of World War 1. But we can know what those brave soldiers fought for, and continue to fight for, because we are living it now, every day. And for this, we will thank them, and we will remember them. “ 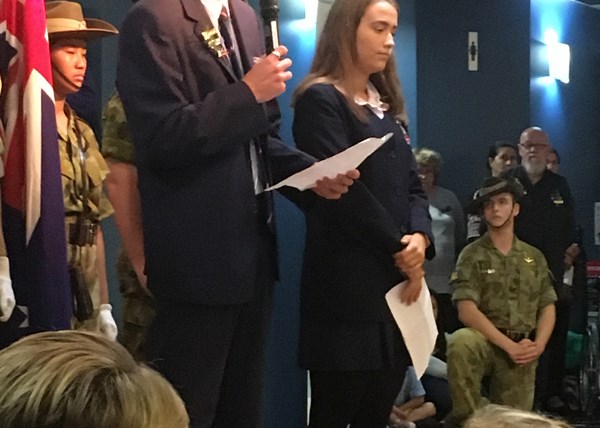 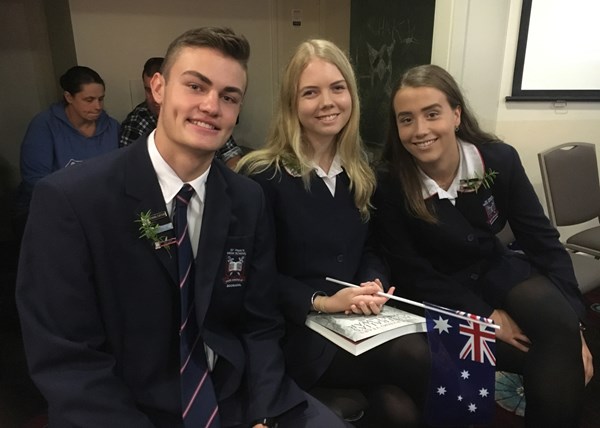 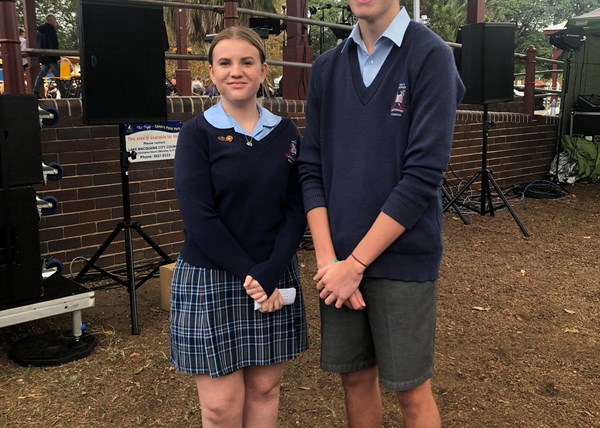 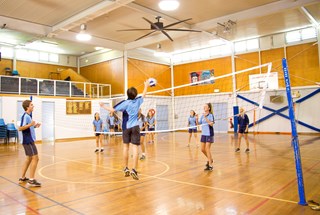 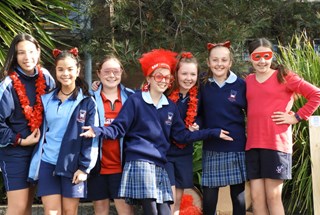 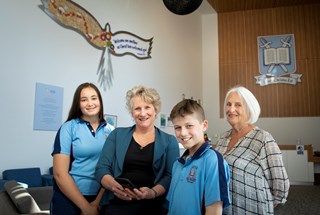 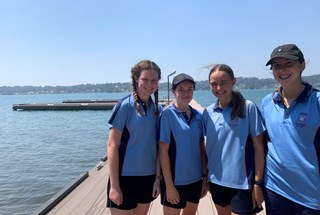 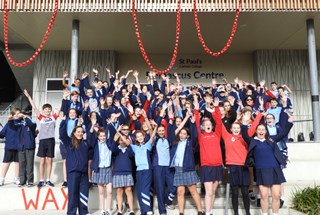 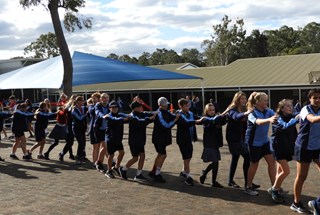 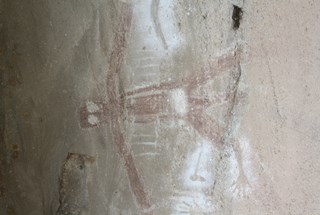 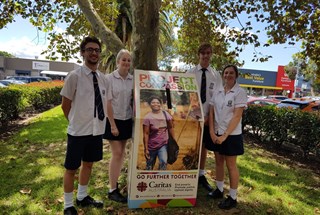 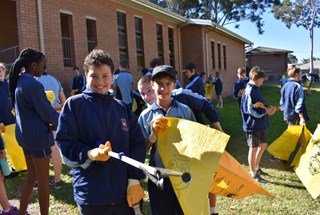 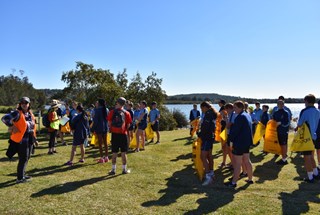 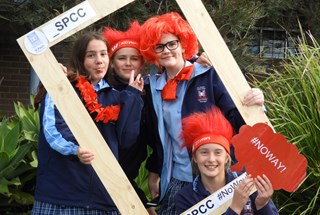 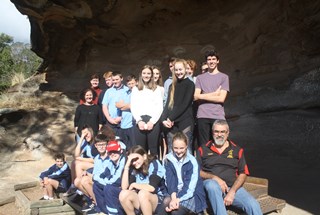 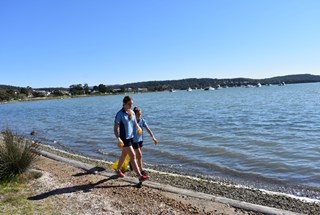 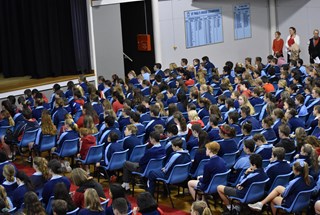 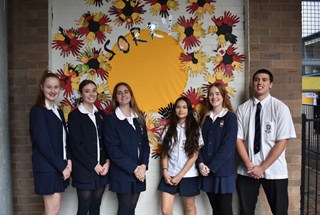 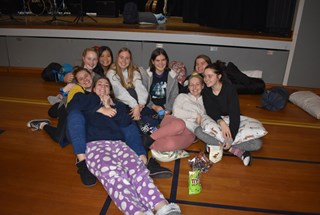 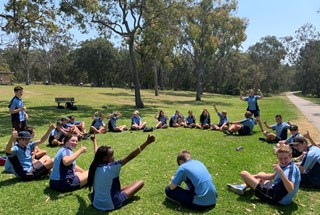 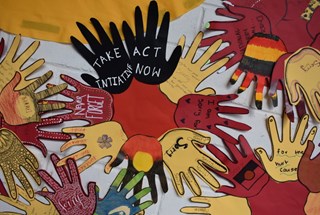